I started using the Simple brand facial cleanser when I was in my teenage years.  My skin type then was near to normal type with pimples coming out occasionally that would usually go off without me doing anything. Ever since then, I had been using it for more than 10 years without changing brands. Initially, I used the foaming milky type (I am not sure whether it is the same as the one I am using now). Later I switched to the Simple cleansing gel when I could not find the foaming milky type in the store that I visited.

When I was in my late twenties, an ex-colleague recommended another brand of skincare products. So I switched to the new brand and used that range (facial cleanser, toner and moisturizer) for a few years. Subsequently, I felt that it was just not necessary to spend so much on a facial cleanser. After all,  I would only put it on my face for a short while before it was washed off. So I switched back to Simple facial cleanser. At that time, I learnt that the facial cleansing gel was more for oily and combination skin types, so I used the Simple Moisturising Facial Wash as my skin type was normal to dry. This Simple Moisturising Facial Wash was also suitable for sensitive skin. It has been more than 10 years since I switched back to using Simple facial cleanser. 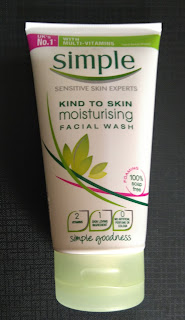 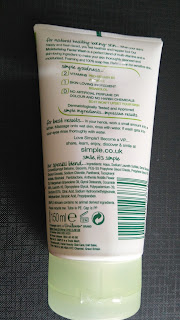 1. Affordable price
2. Available at many retail stores (also available for sale at some online stores)
3. No harsh chemicals
4. No artificial perfume
5. Skin does not feel dry or tight after washing. 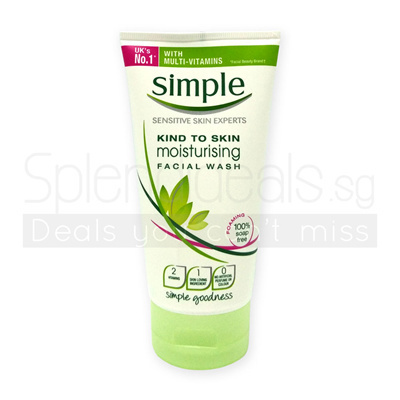 Email ThisBlogThis!Share to TwitterShare to FacebookShare to Pinterest
Labels: Skincare